Several Kankakee area wildlife rehabilitators notified  us the evening of  December 23rd that a gravely injured coyote was on someone's front porch. The coyote's paw appeared to be virtually amputated and an unpadded leghold trap was still attached to what remained of the leg. The temperature - excluding windchill - was below zero and, between the temperatures and the coyote's horrible injury, it was clear that the coyote needed immediate help.

One of the rehabbers coordinated everything while a second rehabber rescued the coyote. Two more volunteers drove to our Barrington location on that dangerously cold night, delivering the coyote to us at 2AM on December 24th.

Furbearing trapping in Illinois is legal (see the Illinois Digest of Hunting and Trapping Regulations). Many trappers sell the pelt of the animal while others trap for sport. Illinois currently bans the use of leghold traps with "saw-toothed, spiked or toothed jaws" only. The trap that virtually amputated Spirit's foot is steel trap that springs shut under tremendous force and, because its jaws are not "saw-toothed, spiked or toothed" it is a LEGAL type of trap in Illinois. Padded leghold traps, which are designed to minimize damage to the animal, are available, their cost is comparable to the unpadded leghold trap and they are readily available as a (relatively) more humane option. So if leghold trapping is going to be legal in Illinois, why not ban all except the more humane padded alternative??

The next section contains disturbing pictures, but it is important that the public and Illinois' legislators understand the horrific damage and suffering caused by these traps. If it is hard to look at the pictures, just imagine what this coyote and other animals caught in these traps endure. 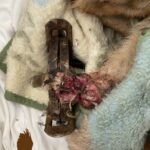 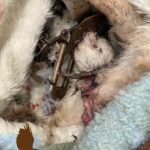 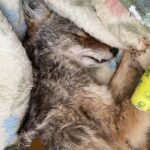 Spirit at our facility shortly after the trap was removed

What Can You Do??

Please write, email and call Illinois state representatives and ask them to ban unpadded leghold traps. Please do not let these animals continue to suffer. The injuries caused by this trap are inexcusable, unconscionable and inhumane. 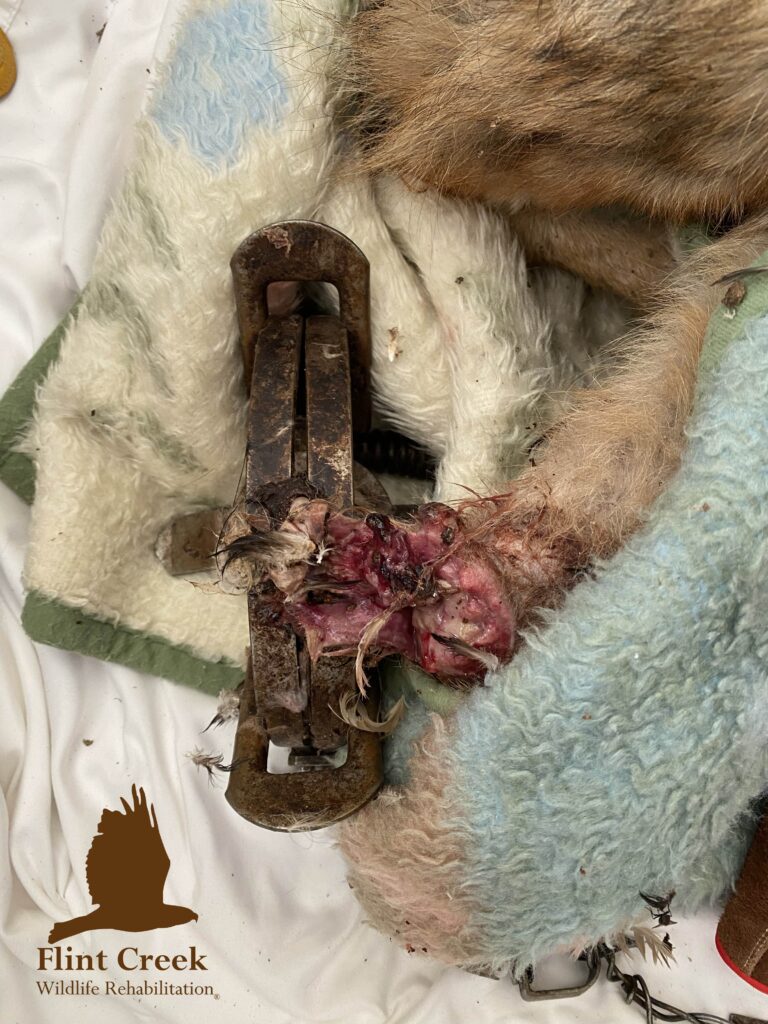 Unfortunately, Spirit's leg could not be saved to to the horrific damage combined with infection that set in before he was found. He is currently receiving medical care at our facility and will most likely become an educational ambassador. 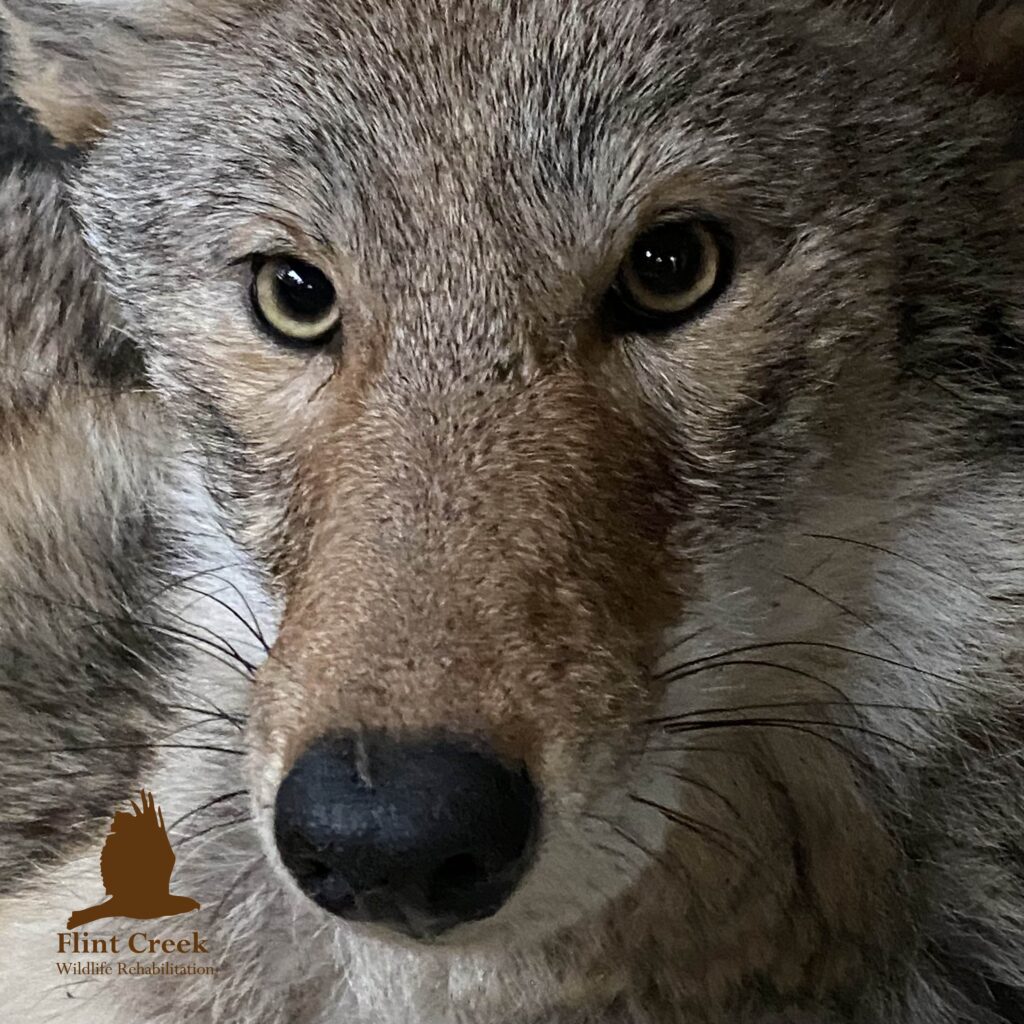